I started this post last week and have been so busy I didn’t get it finished and posted but here it is…. Just a week late and it’s now July… oh well!

(…guess I am on beach time…like everybody else here 🙂 …)

The garden is blooming with all kinds of things now in the middle of June.  The butterfly bushes are so pretty – lots of color!  The shrubs and roses are all blooming and the window boxes are filling in.

Lots of rain this last week but managed to finally get all the weeds pulled and the bark mulch down on all the flower beds! Everything looks neat and tidy now instead of looking like a field of tall weeds!

– This flower bed was a terrible mess!  The rain helped with pulling out all the weeds but it was quite the project!

– I had to pull out what was left of the hydrangea next to the carriage house.  It seems that they never really liked it there and all but one was dead.

– I finally had the giant rosemary bushes removed from the path between the driveway and the back deck.

I think they were probably just little guys when originally planted but had grown into giants and were blocking the walkway.

They sure smelled good though – I cut a bunch of stems and put them in a vase in the front entryway before the guys loaded them up and hauled them away.

Now we can get to the back deck without going around or over the rosemary!

– I realized that there is no place for clippings or composting so spent some time looking for a good spot – I think I have found it down in the lower back yard tucked in a corner.  It cannot be seen from the house or by the neighbors and it gets sun and water.  There are some iris, lily and a rose bush there but I think there is still room…. 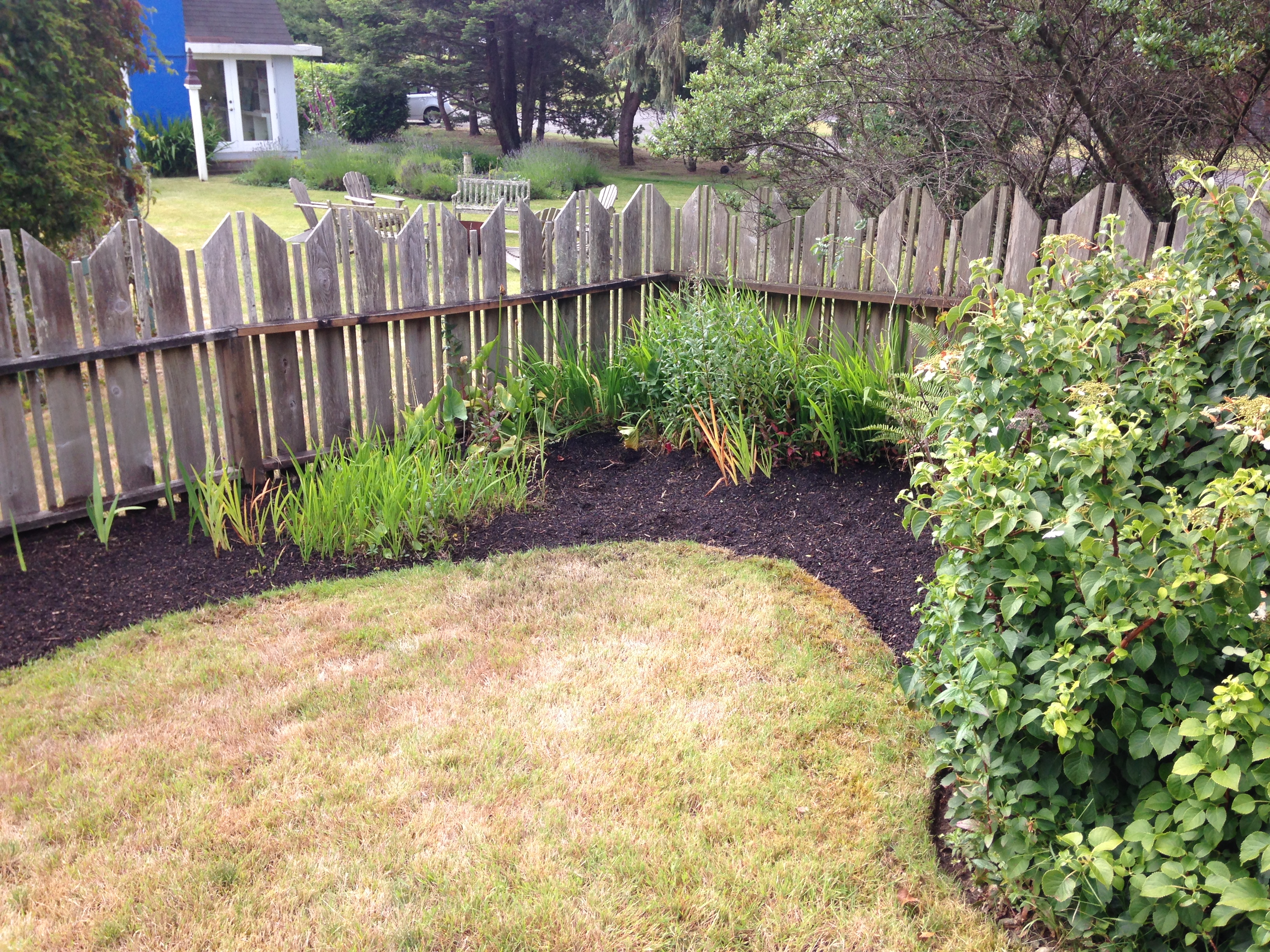 Things are looking good out front finally….however, the area behind the back fence and carriage house deck is still an overgrown bramble of ivy, wild roses, blackberries, holly and this giant creature…. 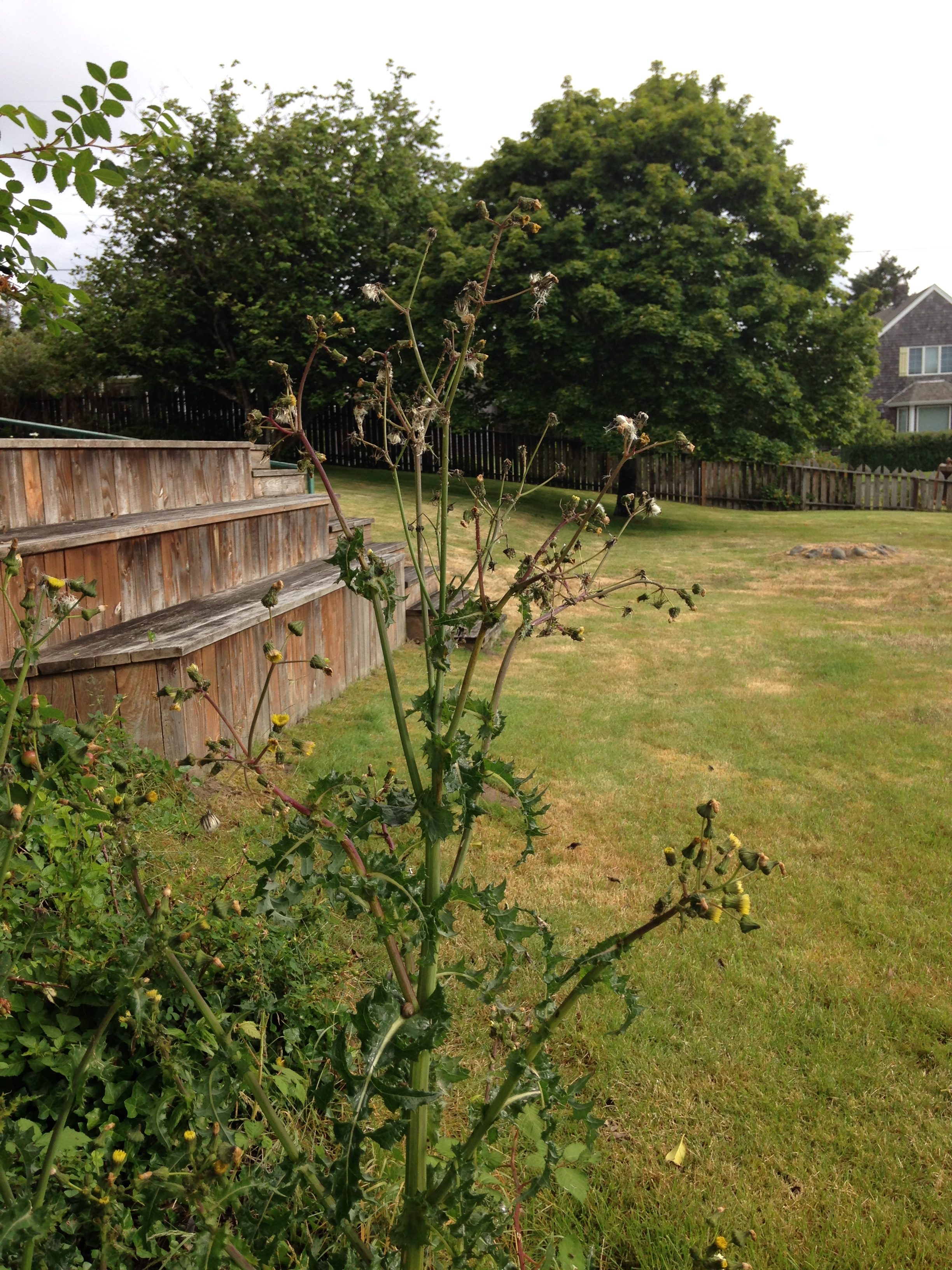 He is taller than me! Yikes!